The latest images from Attabad suggest that the retrogressive erosion in the channel continues to accelerate, and that this is now by far the most likely failure mechanism.  A breach now looks to me to be inevitable.  This image, taken this afternoon, shows how the spillway has developed: 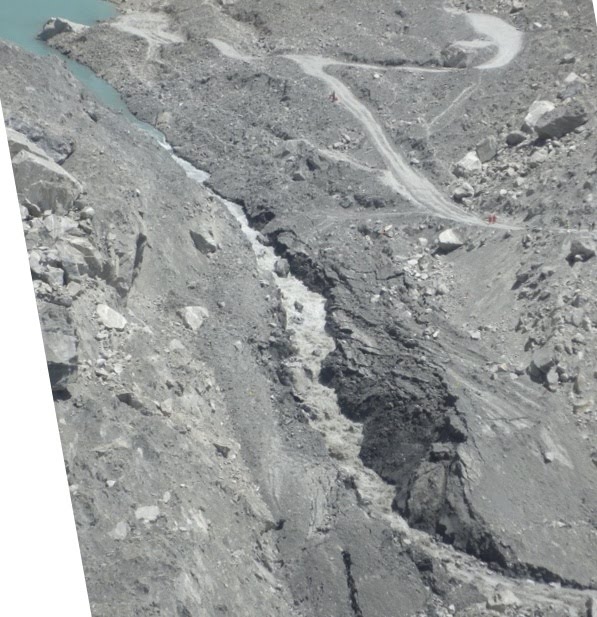 Note the people on the road for scale.

Compare it with yesterday’s image: 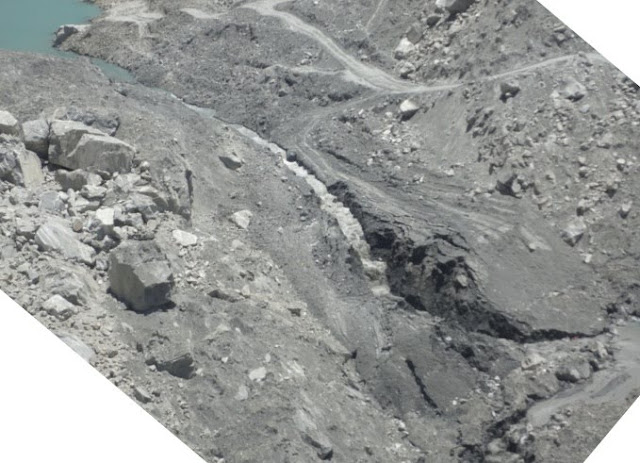 The waterfall has now smoothed out, probably because the water is now eroding the landslide mass rather than the excavated material from the spillway, to create a set of rapids that are clearly eroding back up the channel.  The head of the rapids are close to the saddle.  The key point is probably the location where the channel become notably steeper – this is where scour accelerates.  One this point is reaches and passes the saddle, the rate of flow will start to increase and we might well see the breach developing.  Unless the top of the rapids is being impeded by a large boulder or similar, this will probably develop quite quickly.

It remains hard to know how quickly this will develop once the saddle is reached, but downstream communities need to be prepared for a rapid breach.

The Seeker of Wisdom & Truth